Yannick is a passionate Naturopath who strives to help her patients obtain optimal health and healing through lifestyle, diet, herbal medicine and supplements.
Font size: + –
Subscribe to this blog post Unsubscribe
Print 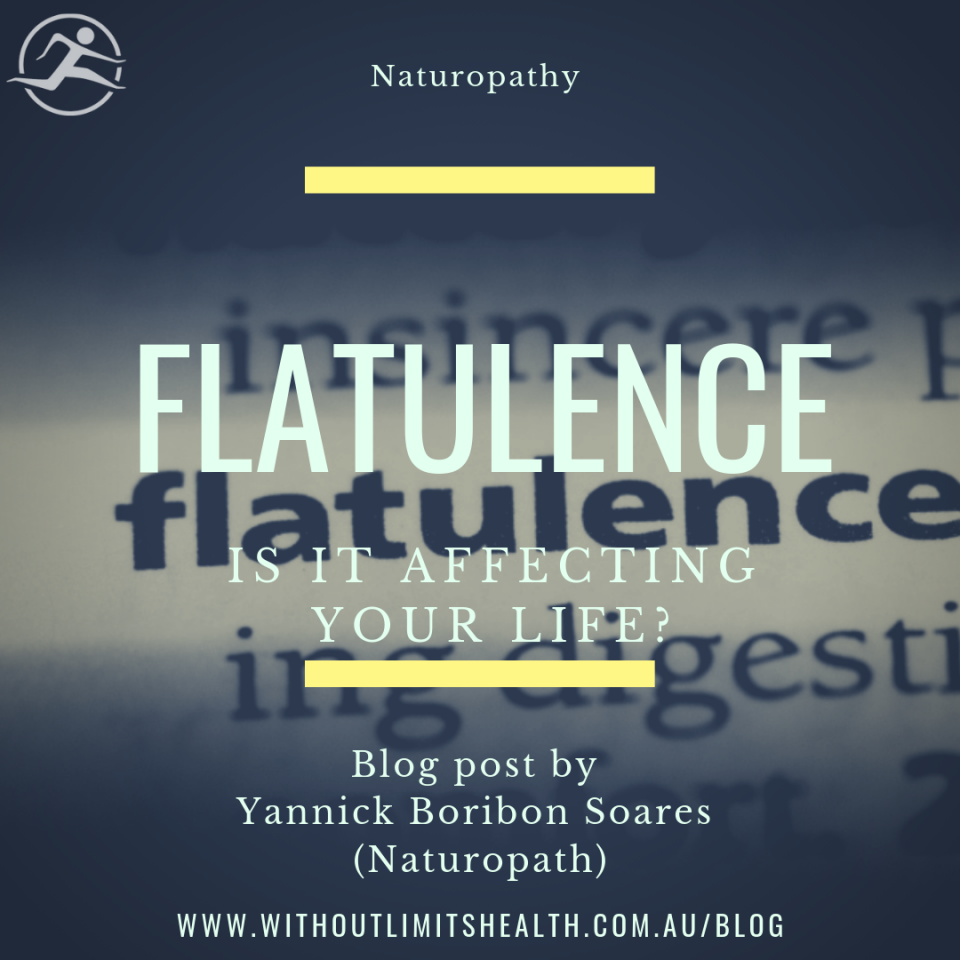 We all do it daily and it’s a natural and very normal part of being human, yet flatulence can be embarrassing and very uncomfortable for so many of us.
Flatulence, commonly referred to as 'farting', is caused by gas in the bowel. This gas consists of several gases including methane, nitrogen and carbon dioxide. The varying smell depends on the ratio of gases, which is influenced by the foods we eat.


Farting is generated by swallowed air, digestion, high-fibre foods and the by-products of intestinal bacteria. Some digestive system disorders, such as irritable bowel syndrome, can also produce excess gas. Passing wind is normal, but the amount varies between individuals and depends on several factors including diet. Some people pass wind only a handful of times per day, others up to 40 times, but the average seems to be about 15 times a day.

Symptoms of excessive or embarrassing flatulence include:

Flatulence occurs when certain foods are not digested by the body. Carbohydrates such as fibre, starches and sugar sometimes remain undigested because the enzymes that are needed for digestion are not present. The food that remains undigested moves into the large intestine where it is acted upon by bacteria. This process results in the formation of hydrogen and carbon dioxide, and in some people, methane. These gases are eliminated from the body through the rectum. The same foods that lead to flatulence in one individual may not lead to flatulence in others. There are also certain bacteria present in the colon that can destroy the gases produced by the other bacteria. An imbalance of these bacteria may be the cause of flatulence in some people.

Gas is mostly caused by foods high in carbohydrates. Some of the common foods that lead to a build-up of gas include:

There are several ways to reduce excess flatulence.

Flatulence arises due to food intolerances in some people. The most common food triggers include dairy products, gluten and fructose. Try to identify the foods which cause flatulence and avoid them as much as possible.

Include Probiotic-rich foods such as Natural yoghurt, Kombucha, Kefir, Kim Chi and sauerkraut in your diet.

Home remedies for flatulence also include cardamom, Cloves, Fennel and Coriander seeds which aids in digestion and reduces abdominal cramps and are used for indigestion and flatulence.

Herbal teas are highly beneficial for reducing flatulence such as chamomile, peppermint and aniseed. Charcoal is also useful for Flatulence.

Reduce Dairy consumption if lactose intolerance is a problem and get tested for food intolerances.

Repair your intestinal lining and re-establish good gut bacteria with Bone broth soups, probiotics and a gut repair formula. Some people may also require digestive enzymes to help them to digest certain foods.

Book an appointment with me if Flatulence is an issue for you so that we can work out the best solution to help you feel in control. Book Now
Tweet

Yannick is a passionate Naturopath who strives to help her patients obtain optimal health and healing through lifestyle, diet, herbal medicine and supplements.